Famous for his participation in the Discovery Channel's Gold Rush reality series, this Alaskan gold miner took the reins of the family mine, and showed he had the mettle to lead a team of grizzled miners twice his age when he was just 16 years old. He and his brother, Payson Schnabel, grew up in Porcupine Creek, Alaska, as the children of Roger Schnabel and Nancy Schnabel. His paternal grandfather and fellow Gold Rush star, John Schnabel, founded the Big Nugget Mine.

Parker's gold mining career began at the age of 5 on his Grandpa John's Big Nugget Mine in Haines, Alaska.

At 18, Parker left home and moved up to the Klondike and leased ground from the legendary Tony Beets. A prodigy in his own right, Parker has mined a total of over $13 million dollars worth of gold by the age of 24.

Over the past three years Parker’s mining adventures have taken him all over the world -- from the historic Chilkoot Pass of the Klondike Gold Rush to Guyana and Papua New Guinea.

Now the 25- year-old miner is determined to expand his operation and find new ground that extends his season year-round. Following his gut and a few solid leads, Parker and his friends will make the 8000-mile journey to the vast terrains of Australia. Home to record-sized nuggets and the largest untapped gold reserves in the world, the team will embark on an adventure that could forever change Parker as a miner.

Instead of attending college, he used his college fund to set up his own mining operation, and found an impressive 1,029 ounces of gold, worth a total of $1.4 million, in his rookie season in the Klondike. 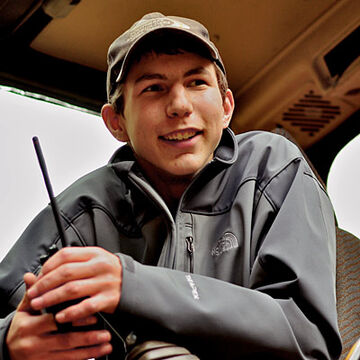