Chris Doumitt is a miner. He was originally part of the Hoffman Crew and later moved to the Parker Crew.

An Oregon native, Chris worked for 25 years as a plant carpenter before he came to the Klondike.

Chris's gold mining career happened by accident in 2010 when he was asked to build a cabin for the Hoffmans. The job was meant to take ten days, but Chris ended up staying with Todd's crew for five months. During that time, Chris learned how to mine gold through trial and error.

Chris joined Parker's crew in season 4 and is now one of Parker's most trusted crew members.

Married for 45 years, Chris and his wife ,Sharon, have two children and like to spend the off-season in the warmer climes of Palm Springs, California.

In his spare time, Chris likes space to breathe—going fishing, playing golf or making his own wine.

Chris is of Arab descent, as revealed by one of the Specials. He is married to Sharon Doumitt, who suffered from a bout of two forms of cancer in season 7, and underwent treatment for it from February through July 2017. He lost all his stuff in 2016, when his truck was stolen, with his passports, cards, credit cards inside it, unable to go back to his wife. He was able to get back his passport when someone was arrested driving it in Slave Lake, Alberta. The insurance company totaled his truck as the transport cost to return it was more than its total worth. Sharon buys Chris a new truck, and drove up with son Jason to deliver it.

As one of the hardest workers on the team, he puts his legendary work ethic down to growing up on a farm. Chris remembers learning to drive a tractor before he was even tall enough to see through the windscreen. "Being a farm boy, you don't have working hours. You do the job for as long as it takes until it’s done."

Recently it has been revealed that Chris Doumitt is a master marksman. He used to teach firearm safety to the Sandy Police Department.

Chris Doumitt´s gold mining career happened by accident. In 2010, he was a carpenter asked to build a cabin for his friend Greg Remsburg and his family during Season 1.

When he finally parted from the Hoffmans, he began successfully working for Parker Schnabel at Scribner Creek Claim on the Parker Crew in Season 4. He is now one of the most reliable persons in this team. 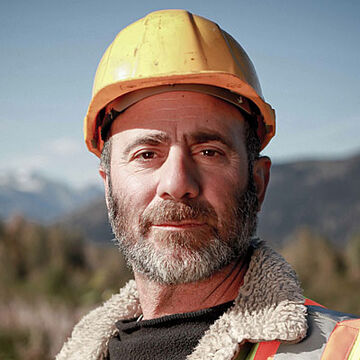